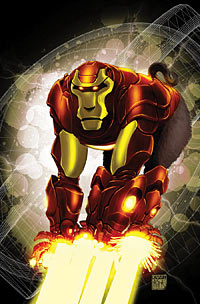 • It’s always a bummer when an Imagineer dies, especially when it’s a gender-role-breaking pioneer. RIP Harriett Burns. May Disney someday imbue your consciousness into a Robotic Simulacrum.

• Watch the full Watchmen panel over at SF Sig

• Captain Picard meets Doctor Who in the latest version of Hamlet. I always find situations like this amusing: Shakespeare is universally hailed as the greatest literary mind in English history, but his shows are rarely profitable, and the only way people go to see them is when they are gimmicked far beyond their original intent. For example, by starring a time traveler and an intergalactic starship commander.

• Hmm. They’ve got the bleakness right in these first shots of The Road. But that kid’s way too old for the role.

• Another BSG movie: Confirmed. It will be a flashback, Cylon-centric. I wonder if Chief Tyrol will lose sweltering flab for the role. More details here.

• Schwarzenegger a tad skeptical about first footage of Terminator 4. But at least his old girlfriend Linda Hamilton will make an appearance.