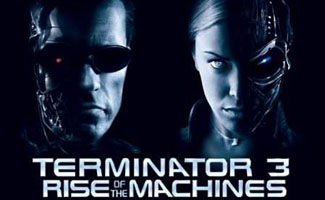 As smart and strong as Terminators are, they’d be useless if they couldn’t see their target. To control the future, machines will need to have vision. Thank goodness those android eyes only exist in the movies, right? Wrong. A new, hemispherical camera has opened the door for the creation of artificial eyes that look and work like real ones do.

As reported in the August 7 issue of Nature, scientists at
the University of Illinois and Northwestern University have developed a
high-performance imaging device that’s biologically inspired. “This is
the first time we’ve demonstrated a camera on a curved surface
to really make it look like a human eye,” said Yonggang Huang of
Northwestern University. Traditional digital and video cameras use flat surfaces to
record images; our eyes capture images on a simple, single-element
lens and a hemispherical detector.

The scientists had to find a way to transfer
microelectronic components onto a curved surface without breaking them.
They developed a mesh-like material made up of tiny squares that hold
the photodetectors and electronic components. The squares are connected
by tiny wires that give each component the ability to mold to a curved
surface. “This approach allows us to put electronics in places where we
couldn’t before,” said John Rogers, a researcher with the University of
Illinois who designed the camera with Huang.

For
photographers it will mean better pictures. “Optics simulations and
imaging studies show that these systems provide a much broader field of
view, improved illumination uniformity and fewer aberrations than flat
cameras with similar imaging lenses,” said Rogers. For those hoping to replace a glass eye with a working one, it could mean a lot more. “It’s just how to connect the camera to the brain. That is the issue to be solved,” Huang told Reuters.

Now for computers planning to take over the planet…