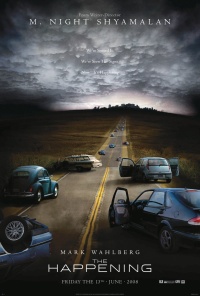 There’s been a lot of talk about the science in The Happening. (Popular Mechanics called it junk. Our reviewer called it boring.) The idea that plants have the cognitive ability to blame humans for pollution is a bit of a stretch. Then there’s the notion of plants talking to each other and  taking us out using airborne toxins: If plants were that ambitious, there would be more “accidents” during Harvest. But M. Night Shyamalan was right about one thing — plants are adapting to the effects of global warming. Only they’re not attacking. They’re leaving.

A new study shows that plants in France are heading north to stay cool as temperatures rise. To gauge the effect of climate change on ordinary plant
life, researchers measured the best growing conditions on the
mountains for species of trees, grasses, herbs, ferns and mosses. “Among 171 species, most are shifting upwards to recover temperature
conditions that are optimum,” says ecologist and lead study author
Jonathan Lenoir. “Climate change has
already imposed a significant effect in a wide range of plant species
not restricted to sensitive ecosystems.” Previous research showed that plants at the highest elevations on
mountains have been shifting to adjust to
global warming, but this new study shows that entire
ecosystems in lower, more temperate regions are moving as well.

If plants can communicate with each other, they’re not saying, “kill
people.” They’re saying, “It’s hot. Let’s get out of here.” They are,
however, willing to kill each other so following them to higher ground
could be dangerous. Scientist Dave Caron told Wired, “Land
plants use chemical warfare against one another because they’re
competing for the same nutrients, the same soil…The consequence is
that these toxic materials they produce could become more prevalent in the system.” They might not mean to hurt us, but as more land becomes inhabitable, we could get caught in the crossfire.