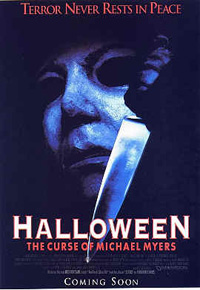 Very few movies in the history of cinema have reached the sixth film in a series — though the percentage is far higher when you’re talking about horror movies. And though you’d expect that these movies to be watered down versions of the originals, as you’ll see in this list of memorable sixth entries, this is the point where franchises regain their stride:

Leprechaun: Back 2 Tha Hood
Leprechaun has always been the poor man’s horror series, striving on despite merciless teasing by everyone from Wayne’s World, to… well, everyone. It’s probably the first film, ever, that was a sequel to a movie that was already part of a movie series. Though it’s the sixth Leprechaun film over-all, it’s actually a sequel to Leprechaun in the Hood (number 5), and a prequel to the fourth film in the series Leprechaun 4: In Space. (Though, to be fair, that’s only because Leprechaun 4 takes place in the future.) Got it? But why is it so good? Because the Leprechaun doesn’t use magic, or rhyme. You know, the only stuff Leprechaun does?

Friday the 13th Part VI: Jason Lives
Come
on, you knew Jason couldn’t stay in Hell forever, right? A rather silly
resurrection method (Jason’s dead body gets hit by lightning), actually
works as a nice metaphor for the series, as Part VI was
lauded for injecting some badly needed humor into the series. It also
worked nicely into continuity, returning to Crystal Lake, once again.
Add in some memorable kill scenes, and you have what some consider to
be the best movie in the entire series. Yup, even better than the
original.

Freddy’s Dead: The Final Nightmare
Again,
probably not spoiling anything to say that Freddy doesn’t really stay
dead, but this film brought the series to a satisfying close, and set
the stage for the genre-bending New Nightmare.
Deftly playing on Freddie’s obsession with killing teens, the film
posits that the gloved one (no, not Michael Jackson), has killed every
child in the town of Springwood, Ohio, turning it into a shuttered
wasteland of crazy people. Through various twists and turns, the movie
ties into nearly every previous film before ending in one of the most
spectacular end battles in slasher history.

Halloween: The Curse of Michael Myers
Curse
is notable for two reasons, as it was, in a certain sense, both the
beginning, and the end of the series. To work in reverse order, it tied
up Donald Pleasance’s story line as Dr. Sam Loomis (the actor passed
away soon after filming). It was also the beginning of the Mostapha
Akkad era of Halloween films, which led to the extremely successful follow up, Halloween: H20, as well as its sequel Resurrection, and the recent Rob Zombie reboot. Though it contains a rather controversial “Producer’s Cut” ending, Curse is a nice capper to the original series of films, while, of course, leaving the door open for further sequels.

For a full schedule of Halloween: The Curse of Michael Myers on AMC, click here.