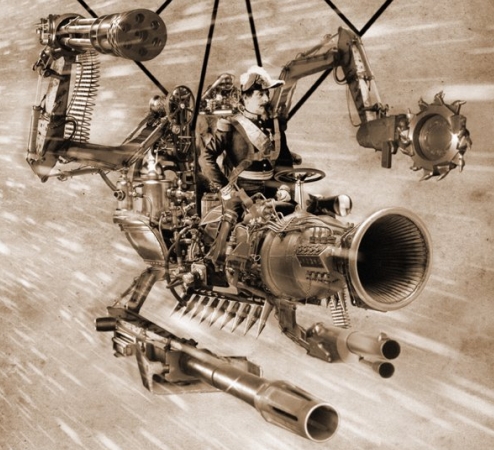 • The Sci-Fi Channel has announced a new development slate of television shows I don’t want to see, including the bizarrely titled Outer Space Astronauts.

• SF Signal reviews a book about a Robert Heinlein television series that never made it to air.

• Anthony Daniels reminisces about being C3P0.

• The illustrious Warren Ellis posts about the underappreciated gems of British scifi television.

• What exactly would a steampunk gibson chair look like, anyway?

• Superman is going to find himself with a hundred thousand Kryptonians on his hands after defeating Brainiac.

• If you are either a fervent Christian or a hardcore Philip Pullman fan, you likely hated The Golden Compass. Good news, then! The rest of the His Dark Materials trilogy is on indefinite hold after the first proved a dud.