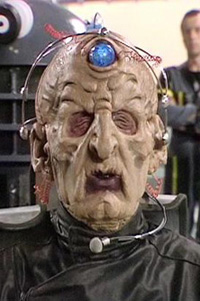 • Wired picks the winners in its make your own superhero costume contest.

• The Red Dawn remake will be “just as terrifying to contemporary audiences as the original was to ’80s audiences.” Translation? A laff riot.

• Elfquest, the independent comic about scifi elves from the ’70s, has been optioned. This will never be made.

• Geeks of Doom tells us that the new X-Files movie will reveal Mulder and Scully’s love story… and some skin. It’s really about time for the latter.

• A rare postcard written by J.R.R. Tolkien has been found. Regrettably, not post-marked “Middle Earth.”

• Oh, this is great: the next re-release of Metropolis on DVD will indeed feature the newly found missing footage.

• Celebrate 50 years of the Blob by watching it in the same theater it originally ate.

• io9 talks about why Davros should have stayed dead.