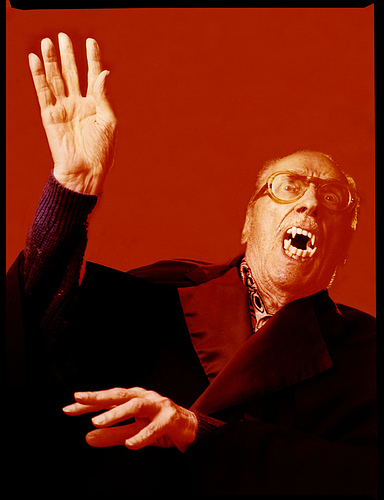 • Even Darth Vader likes getting in a good round of golf now and then.

• What if George Lucas had exercised his ret-con affinity for his protagonists shooting last with Indiana Jones?

• The Solar Flare blog takes a look at US presidents in science fiction. Forest J. Ackerman as the president? If only!

• If you want Clone Wars spoilers, TheForce.Net basically saves you ten bucks for the ticket.

• Tricia Helfer says that Ronald D. Moore never had a plot arc planned out… and especially not for the Cylons. That bodes well, doesn’t it?

• Nike finally makes the McFly sneakers… they look just about as cheap and terrible as the originals from Back to the Future 2. Why the Internet clammored for these is beyond me.