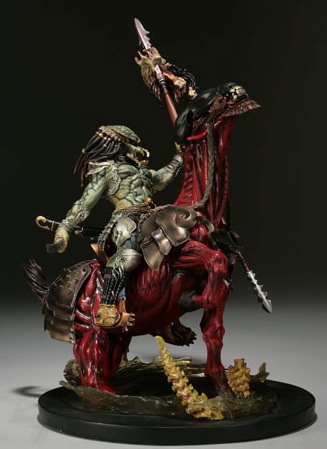 • It turns out that everyone in the DC Universe eventually goes to the small Kansas town of Smallville.

• The BBC goes ahead with a Hitchhiker’s Guide prequel.

• Rose McGowan and Robert Rodriguez break up. Where does this leave Barbarella? Hopefully without Rose.

• The awesomest Predator action figure ever.

• Rough cut buzz of J.J. Abrams’ Star Trek Xi is pretty good… albeit, from the usual Ain’t It Cool mouthbreathers.

• It looks like we might get a BSG movie as early as fall… possibly a Cylon backstory set on New Caprica!