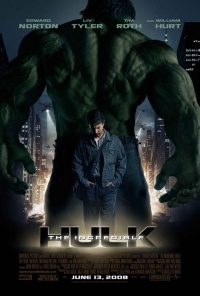 Since comic book characters rule scifi film these days, it’s time to revisit the science (or lack thereof) behind the superhero. Whether it’s Downey’s Iron Man, Norton’s new Hulk or the soon to be released Dark Knight, each hero defies the laws of nature to save the day. Here’s a look at the miracles that make the men.

Let’s start with The Incredible Hulk, since he’s just arrived in all his CGI glory. In case you weren’t aware, gamma rays cannot make you a superhuman fighter. “They definitely do not mutate people. They just kill people,” said writer Bob Weinberg, co-author of Science of Superheroes. Bruce Banner’s radiation induced transformation takes an enormous leap of faith, but for PopSci writer Adam Weiner, “The most incredible thing about the Hulk is the way his pants always stay on when he expands to ten times his original volume.” Would someone please explain that bit of molecular magic? Weiner, at least, uses real science to measure the brute strength of the beast, calculating how strong the Hulk would have to be to rip a car in half with his bare hands (which he does in the film):

I looked up the tensile strength of steel and got an
average value of around 500 MPa, (that’s 500 million newtons of force
per square meter). This means it would take 500 million newtons (about
110 million pounds) to pull apart a beam of steel with a cross
sectional area of 1.0 square meters. The total cross sectional area of
actual metal in the car is probably closer to a tenth of that. That
still means that the Hulk can exert a force of 11 million pounds while
ripping a car in half.

The point is he’s able to do things, cool things you can’t do. Just accept the mutation and move on.

Let’s look at Tony Stark and his Iron Suit. According to James Kakalios, author of The Physics of Superheroes, “The good superhero stories require only one miracle exemption from the laws of nature.” In Iron Man that miracle is the arc reactor,
the power source for his suit. Once you get passed that, said Kakalios,
“it’s easy to go along with the rest of it.” That includes the fact
that Stark thinks his suit into motion, a feat of engineering the
author sees as possible. “Researchers are developing helmets that can
detect your EEG patterns that are transmitted to electrical signals and
sent wirelessly to computer screens,” explained Kakalios. “If you had
asked me in the ’60s which thing in the year 2008 would be the closest
thing to being a reality, the last thing I would have picked would be
the cybernetic helmet.” That’s fine, but with gas prices at $4 per
gallon, it’s the arc reactor that scientists need to make a reality;
the suit makes the man, but the real source of Stark’s power is, well,
the power source.

As for The Dark Knight: “Scientifically, Batman was always the most believable superhero,”
Weinberg said. “Every piece of equipment in Batman’s utility belt is
available for sale today, 50 years later. That’s pretty accurate
science for a comic book hero.” (Shark repellent, anyone?) As long as director Christopher Nolan doesn’t fall for the classic movie-physics blunder, the sudden stop, Christian Bale’s Bruce Wayne should be easier to believe, scientifically, than Norton’s Hulk.