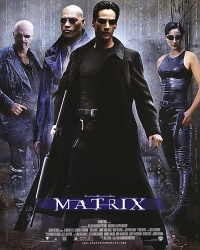 If a prediction made by the head of Britain’s Independent Schools Council, Chris Parry, turns out to be true, today’s teaching methods will soon be obsolete. Last month, the CEO suggested that “Matrix-style” technology could have students downloading lessons directly to their brains in the near future.

In the Times Educational Supplement, Parry said, “It’s a very short route from wireless technology to actually getting the electrical connections in your brain to absorb that knowledge.” After working in the military and helping the Ministry of Defense plan for the future, Parry is now helping the country’s top private schools go high tech. “Within 30 years, sitting down and learning something will be a thing of the past,” he said. “I think people will be able to directly access, Matrix-style, all the vocabulary you need for a foreign language, leaving you just to clear up the grammar.”

Before you get excited — or panicked — note that Parry didn’t say how
the new technology would work, an omission brain blogger Greg Downey
was quick to point out. He skeptically asks at Neuroanthropology, “Will the wireless technology use the brain’s Bluetooth or WiFi receptors?
Which part of the brain’s RAM will you use when you install the new
‘human operating system?” Despite the fact that it works so well for
Neo in The Matrix ,
Wallace reminds readers that the brain is not a computer. For an
in-depth look at the differences, read his aptly titled post: How your brain is not like a computer.

Ask
any teacher about their job and they’ll tell you each child learns
differently. It’s the very
reason this new idea is both appealing and unlikely to succeed. On the
other hand, if brain compatible software was developed and available
via wireless download, who wouldn’t want to be “The One” to use it?