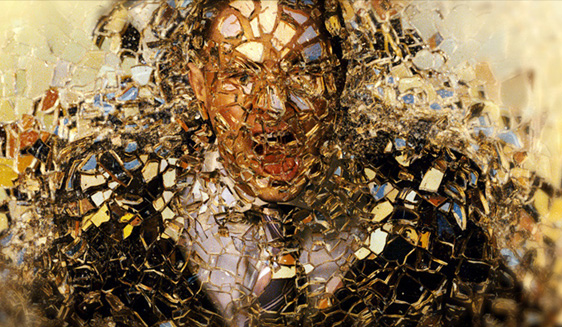 Iron Man got you hankering for more Tony Stark adventures? Does the Dark Knight trailer make you long for lazy Saturdays poring over Detective Comics? Summer is a great time to reignite a comic book reading habit. New readers may find the comic book aisles to be an intimidating place, but there are still plenty of new reader-friendly titles being released in the wake of the summer of the superhero. Here’s a handy guide.

Iron Man
Currently running the spy agency SHIELD after the fallout of the superhero civil war, Tony has become a divisive character in the Marvel Universe since siding against the late and beloved Captain America. He’s also just had his circuits fried by the shape-shifting aliens The Skrulls in the summer Secret Invasion crossover mini-series. (Oh, and he might be a Skrull, along with every other hero in the Marvel Universe.) Best reading bet: The newly released Invinicible Iron Man #1 streamlines Stark’s recent drama and gives us a womanizing Tony, a Rhodey cameo, and even some flirtation with Pepper. Plus, someone is using Tony’s tech to commit acts of terror. Is it the son of Obadiah Stane?

The Hulk
After angrily trashing New York City and forcing the Marvel
heroes to battle each other gladiator style, Hulk suddenly turned red for some reason. Also, longtime
pal Rick Jones (a major player who has oddly been left
out of the films) is running around as the new Abomination, nicknamed
“A-Bomb.” Confused yet? Best reading bet: For some straight-up “Hulk smash,” skip the newly launched (and cumbersome) Hulk title for the King Size Hulk #1 special. Or if you’ve got the cash, grab the just released Incredible Hulk Omnibus to see where it all began. Nothing says summer like gorgeous Jack Kirby artwork and dated Stan Lee dialogue.

Batman
Bat’s busy, to say the least. He’s helping the Justice
League avert the end of the world in the pretty much impenetrable Final Crisis, joining Superman and Wonder Woman for the weekly Trinity series, and running a superhero team in Batman and the Outsiders. Oh, and he might be dying in the “Batman: R.I.P.” storyline currently running through his Batman
and Detective Comics titles. Best reading bet: Avoid the new-reader alienating ongoing Batman titles for the “early years” series, Batman Confidential. And if you dig the gritty Gotham of Dark Knight, check out the superb crime series Gotham Central available in trade paperback form.

Hellboy
Leaning more towards straight-up horror than the
action-heavy films, Hellboy usually flies solo in his beautifully drawn
comics. Creator Mike Mignola’s
vision comes through best in the comics, as the films have become more
of del Toro’s babies. Best reading bet: If you like the supernatural team action of the
films, check out the B.P.R.D. series drawn, with a flair for retro
horror, by artist Guy Davis.

Wanted
Yep, it’s based on a comic. The Wanted mini-series is
actually about a team of supervillains (not assassins) who recruit a
hapless office worker into their evil society. It’s also a satire on
hoary comic book cliches, something the film adaptation seems to have
missed. (Fun fact: Writer Mark Millar and artist J.G. Jones purposely
styled the lead character after Eminem in the hopes of attracting the
volatile rapper to a film adaption. Big suprise, it only made him
angrier.) Best reading bet: Put your $12 bucks to good use and pick up the graphic novel collection of Wanted instead.