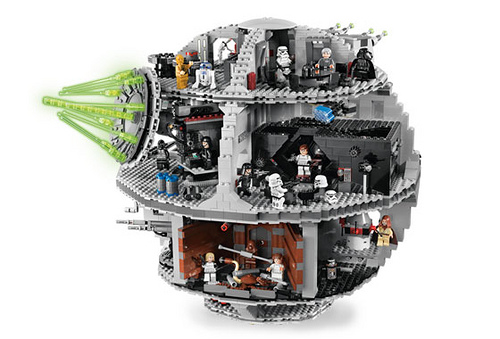 • Tobias Buckell has been tapped to write the sixth Halo novel. This series is a big guilty pleasure for me.

• Paste Magazine picks its choices for the 10 best scifi television shows. Stargate makes the list, which entirely invalidates it.

• Christopher Judge complains that people treat Stargate like Star Trek for retards. PC, big J! Also, that’s because it is.

• Disney’s recent Star Wars Weekend seems to have come off swimmingly, and Flickr has a large pool of the best photos. Aurra Sing is a total babe.

• The AFI has listed their top 10 science-fiction films. Meh.

• The most impressive LEGO Death Star you’ve ever seen.

• io9 schools Sigourney Weaver for claiming there were no scifi films before 1950.
A more apt comment would have been that, for the most part, the divider
between scifi and horror was blurred more than it is today.