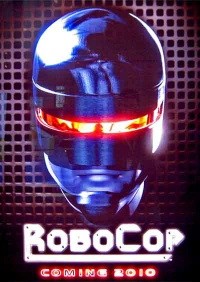 • Cinematical reviews The Incredible Hulk “So Marvel’s own movie division is now two-for-two in the adaptation department. Iron Man was an unexpected home run from Jon Favreau and company, and The Incredible Hulk is a very powerful triple off the wall.”

• John McCain: The Saul Tigh of the Republican Party?

• Both the Robocop remake and Terminator 4 have gotten absolutely terrible teaser posters.

• A Native-American dinosaur hunter gets a movie. Spike Lee to direct, of course.

• The director of The Hulk claims Captain America will be making an appearance, but it seems no one’s quite sure how: The footage was cut from the film, but it may pop online later this week.

• Sony greenlights a film about an insane wizard, a giggling cat and a small village of toe-sized, gang-banging blue goblins.

• SFF Media talks about Philip K. Dick’s most Disney-friendly story, The King of the Elves.