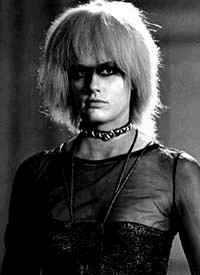 • Charlie Stross has an interesting article up over at the Guardian on the interaction between science and fiction.

• Steven Moffat talks to Digital Spy about taking over the reins of Doctor Who and how he got offered the position… by email.

• Disney has announced Hover Car Racer, a movie about a teenager who wants to be the best hover car racer in the world. Sounds ridiculous!

• Davros is returning to Doctor Who.

• Watch Darth Vader force choke a Wookie. No, that’s not a euphemism.

• Slice of SciFi throws up its latest Sci-Fi to Sci-Fact, pondering whether we’re already making replicants. The answer, of course, is no.