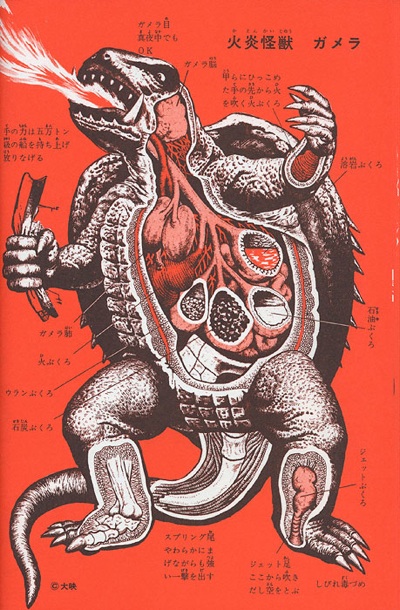 • 32 out-of-print Harlan Ellison stories will be released by E-Reads later in the year.

• SF Signal has a run-down of the top 10 giant movie monsters, which is inexplicably not safe for work.

• Also courtesy of SF Signal, check out these anatomical cross-sections of Gamera and Godzilla.

• Sam Raimi’s not totally disinterested in directing Spider-Man 4. It just depends on the script… and, presumably, the paycheck.

• Darth Mojo has a fantastic post up detailing the real world models for Battlestar Galactica’s spaceships.

• io9 looks at when humans punch aliens. Welcome to Earth!

• One step closer to Broadway’s Planet of the Apes: Creature from the Black Lagoon: The Musical.