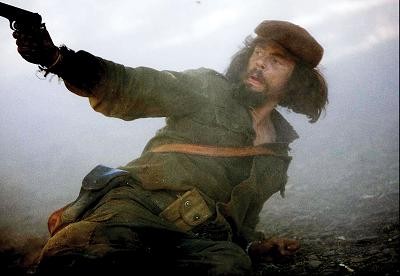 • Todd McCarthy is none too impressed with Steven Soderbergh’s Che, which he says needs to go “back to the drawing board” after a “defiantly non-dramatic four-hour, 18-minute presentation.”

• If Che weren’t bad enough, Variety‘s Anne Thompson reports that the global press corps was perturbed with the “tasteless white-bread sandwiches” offered at the film’s intermission. Some critics did not return for part two.

• Variety reporter Elsa Bertet is on the scene at the after-party for the Clint Eastwood-narrated documentary You Must Remember This: The Warner Bros. Story.

• Variety interviews Il Divo director Paolo Sorrentino, who describes Italy’s efforts to shut down his movie about the Italian prime minister Giulio Andreotti, who was acquitted of having mafia ties.