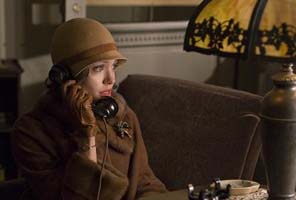 • Romanian director Radu Muntean talks with Variety about mixing business with family when he cast his four-year-old son, Vlad, in his third feature film, Boogie.

• Variety’s Todd McCarthy raves that Clint Eastwood’s film Changeling is “emotionally powerful and stylistically sure-handed.” As if we had any doubt.

• Anne Thompson reports that due to unstable economic circumstances, buyers are cautious at Cannes this year. Except for Transporter 3 starring Jason Statham, that is, which looks to be doing fine.

• Variety goes live on the red carpet with Gwyneth Paltrow and Sean Diddy Combs at the premiere of James Grey’s Two Lovers.

• Documentarian Michael Moore dishes with Variety on his as-yet untitled sequel to Fahrenheit 9/11, which he says has been a work-in-progress for the past couple of years.