You’ll find a lot of lists of lame, weak, and pathetic movie villains on the web, and I’ll spare you the effort of reading all of them: Superman IV‘s Nuclear Man invariably tops the list. He’s an obvious choice: What kind of super villain is helpless in the dark, anyway? Let’s give poor Mark Pillow a break. We here at Filmcritic.com are going for a slightly less blatant aesthetic with these ten ultra-lame villains. Sure, some likely contenders still made the list, but you tell us if the evildoers here — some of whom comprise the coolest cats in cinema — aren’t wholly ineffective after you give them a little additional reflection.

10. Ed Rooney, Ferris Bueller’s Day Off – Poor Ed Rooney can’t catch a lone school-skipper despite the fact that Rooney visits his house, calls his mother, speaks to him on the phone, and even witnesses him drive up to the school in a stolen red Ferrari. No child left behind, indeed. 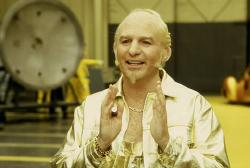 9. Goldmember, Austin Powers in Goldmember – Spoof villains aren’t meant to be taken seriously, of course, but Goldmember’s evil genius is more banal than all of them, as the whole basis of his menace seems entirely to rest on the fact that he’s Dutch. Mini-Me is more threatening.

8. Terl, Battlefield Earth – Even if John Travolta hadn’t played this ‘Psychlo’ leader with a giggly falsetto voice, and even if the Psychlo’s didn’t look like steroid-obsessed Rastafarians, and even if we could actually remember the plot of Battlefield Earth well, we still can’t imagine how anyone would go face to face with one of these creatures and react with anything other than simple laughter. The E-meter is scarier.

7. Kananga, Live and Let Die – James Bond goes after a heroin dealer in the Caribbean who’s so insecure he keeps a psychic virgin on hand to offer Tarot card readings to tell him what he should do next. When Bond deflowers the virgin, Kananga becomes completely helpless. He ultimately meets his end by being forced to swallow a cartridge of compressed gas, which causes him to inflate like a Macy’s Thanksgiving Day balloon and then explode.

6. Boba Fett, Star Wars series – Years of training, a half-dozen weapons, a cool outfit and all for what? To get accidentally knocked over by a nearly blind dude and have your stupid jetpack misfire so you get swallowed up by a big mouth-hole in the desert. Boba Fett’s only real talent seems to be following people around in a spaceship that looks like what you’d get if you added hyperdrive and training wheels to a VW bug. Need I also mention the fact that his origin dates to the infamous Star Wars Holiday Special?

5. Alien entity, Star Trek V: The Final Frontier – In what is widely considered the worst of the Star Trek films, our geriatric heroes find themselves up against an evil being living on a planet in the center of the galaxy who pretends to be God. And what does God want? A ride on the Enterprise. Turns out the villain is actually some kind of manifestation of the neuroses of Spock’s renegade half-brother and doesn’t really exist. Or something.

4. Renard, The World Is Not Enough – How do you make a Bond villain even less effective than Kananga? Give him a bullet inoperably lodged in his brain that’s worming its way inward, thus ensuring his eventual, and likely imminent, death. Simply waiting for him to die, though, doesn’t make for a very good movie.

3. The Penguin, Batman Returns – Among Batman villains, Mr. Freeze is commonly mentioned as the series’ most pathetic adversary, but he could at least give you a nasty case of frostbite. But what’s up with the Penguin? Here we have a gross-smelling little fat guy who has a kind of underground circus in the sewers. Flamethrower umbrella? Yes, but the dude doesn’t even have all his fingers, and his car is a giant rubber duck. His elimination by Batman is almost done on a lark.

2. The Wicked Witch of the West, The Wizard of Oz – Really just a bully and nothing else, she relies on flying monkeys to do her dirty work before she’s dissolved by a handy bucket of water. Additional weakness: Imaginary. 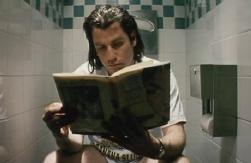 1. Vincent Vega, Pulp Fiction – John Travolta makes a return appearance to this list, this time as one of cinema’s least effective hitmen, loveable though he may be. Best remembered for his dancing, Vega bumbles his way through a drug overdose, the accidental killing of a helper, and the narrow avoidance of being shot while retrieving a briefcase for his boss, all before finally getting killed by his own gun, fired by the guy he’s supposed to assassinate while he’s getting off the toilet. How he ever got a job in the first place we’ll never know.