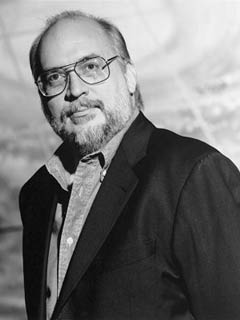 J Michael Straczynski’s screenplay for Changeling, directed by Clint Eastwood, wowed audiences at Cannes, but don’t expect this writer to rest on any laurels. The creator of the hit series Babylon 5 has projects coming out faster than the speed of light, but took time out to talk to AMCtv.com about them.

A: It was one of those weird synchronicities. Whether or not it ever gets made I don’t know because they were kind of disappointed in how Fantastic Four 2 did. And given how this will be a subset of FF2 in terms of the marketing strategy, I think there is hesitation there about putting it forward. The script is pretty good, I like it, but whether or not it goes into production, I have no idea.

Q: Does this pick up where Silver Surfer left off in Fantastic Four 2?

A: I was writing it as FF2 was about to come out, and the theory was for it to pick up literally the next frame after the FF2 movie, where you find out why Silver Surfer was there and what happened to him. We would have seen Galactus, his home world, what happened and him trying to get back there, because now that he’s betrayed Galactus, he’s concerned his home world might be in jeopardy.

Q: When do you mean when you say,”We see Galactus”?

Q: In the script I come up with some ways to visualize him that are true to the original, but take it one step further using the current CGI technology that we have. So we would have seen him as a character on numerous occasions in the second movie, not inconsistent with the first distant shot of him in that that’s just a way of concealing who and what he really is. Believe me, he would be not at all silly looking.

Q: You were the writer on Marvel’s recent Spider-Man event One More Day, in which Spider-man makes a deal with Mephisto (the devil) to save his Aunt’s life by negating his marriage to Mary Jane. It was rumored you had some big disagreements about this story line with Marvel Editor-in-Chief Joe Quesada.

A: Often times when you care a lot about something, you can disagree strenuously. Personally, I was perfectly happy keeping them married; I didn’t think Mephisto should be used in that fashion, and I didn’t like the idea of erasing everyone’s memory. Whenever you bring magic into a story you have to be really rigorous about the rest of it. And a lot of logical questions to my mind were not being addressed. Having said that, it’s a complicated universe and it is Joe’s purview. Yes, we disagreed strenuously, and some of it leaked out. I take responsibility for that, but the reality is that Joe I consider to be a friend, and anyone who wants to say a bad word about Joe has to go through me first.

Q: I am a huge zombie fan. I have probably seen the George Romero movies 100 times each, without exaggeration. And when Paramount and Plan B got the rights to the project, they brought me in. It was a hard book to adapt because it’s got no main character, no narrative structure to it. And how do we market it, because it’s a political thriller zombie movie, and those two seem to be inconsistent.

Q: How did you make it a political thriller zombie movie?

A: Well, it’s really sort of an investigation — as the book is accomplished after the fact, the main character is a person working with the UN after the zombie wars, going around to see what went wrong, what was not known and who didn’t connect the dots. In a way it’s looking at the Katrina situation, it’s not that far away from the Iraq Study Group Report, and everyone wants to cooperate to find out what went wrong.

A:  I went nuts because I’m a huge Lensman fan. I essentially start in a matter of a couple weeks. And it’s going to be huge —  we’re going to look at this as something with the effects level of the Star Wars movies, and the seriousness of Blade Runner. And it’s going to be hopefully three movies. The first one will be more or less self-contained, but will open up the ending for the possible sequels, and it’s pretty exciting. I think they’re probably looking for the first one in 2010.

A: You don’t know the half of it. About a month and a half ago I got a call from the Wachowski Brothers. I met with them and they had a draft for this movie called Ninja Assassin, which wasn’t at all where they wanted it to be. And they said, “We need a whole new script, and we go to camera in six weeks.” So I went home and put on a pot of coffee, and I wrote essentially a whole new script in 53 hours. When a friend calls you and says they’re in trouble, you do what you have to.