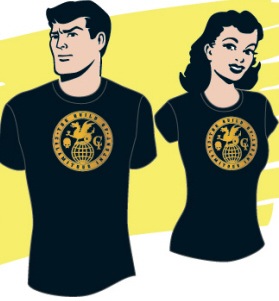 • A new television spot for Edward Norton’s upcoming stint as The Incredible Hulk is now online.

• Battle Royale of the Ages: Ewoks vs. Predator.

• Va-va-va-voom: The girls of Battlestar Galactica, in leather, on bikes.

• Supposedly, a video of a real live alien will be shown today to “select journalists” and never be shown online. Such precautions pretty much guarantee that this is fake, but you already knew that: Aliens are not visiting earth.

• My good buddy Tom Chick takes the mantle of editor at another arm of the SciFi Channel’s empire.

• There is a new gallery of Star Wars: Clone Wars images up, if you’re so inclined.

• Alexander Courage — composer of the original Star Trek theme — has passed away.

• io9 tries to suss out the exact moment BSG jumped the shark.