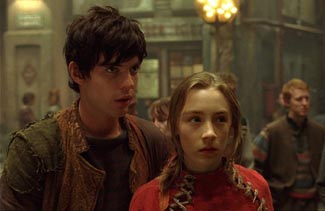 • The drunken Darth Vader who beat up two Church of Jedi parishioners has been given a suspended sentence.

• ComicMix lists the worst supervillain names in comics. My favorite is the Hypno-Hustler.

• Darth Mojo has a fantastic post about the anatomy of Cylons up. Detailed down the coccyx servos.

• Browncoats, support your candidates with this Reynolds / Washburne 2008 campaign tee.

• Jericho fans are now claiming the post-apocalyptic drama was canceled because of a conspiracy theory involving Nielsen ratings. Give it up, people.

• The Boston Globe writes about the oddly compelling sub-genre of post-apocalyptic kiddie movies.

• The only thing you can do to get me to go see a Michael Bay movie: film it in 3-D.

• This R2D2 ice bucket is pretty ill, but ot’s the Han Solo in Carbonite ice cube mold that really puts it into the stratosphere of excellence.

• SF Signal posts a move about one of my favorite scifi writers, Stanislaw Lem.