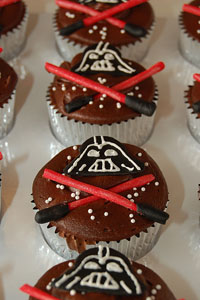 • Eric Stotlz, some kind of wonderful himself, will be the first Cylon.

• io9 reminds us that aliens should always have poetic weaknesses.

• David Cronenberg to be remaking Timecrimes?

• Correction: Speed Racer didn’t come in second on its opening weekend, it came in third. This groks: When I went to see it on Saturday, there were only two people in the theater, and one of them walked out halfway through.

• Wall-E’s new sexpot girlfriend is based on an iPod.

• The Vatican has said that it is okay to believe in alien life. Okay, fine, but do they have souls, or are they like puppies?

• Alec Baldwin wants to go on a filthy, X-Rated romp through outer space. Me too.

• You, too, can build your own Hitchhiker’s Guide to the Galaxy, but it’s no Encyclopedia Galactica.