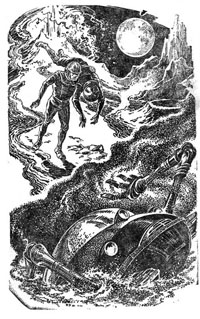 • The director of The Pirates of the Caribbean will direct Bioshock. It will suck.

• io9 sees Captain America’s shield in a still from Iron Man that looks slathered with an inch of Vaseline.

• A lot of information on the plot structure of Star Trek XI.

• The most emo-y and impenetrable of time travel movies gets a sequel with S. Darko.

• Will Wheaton asks why they need to reinvent Star Trek. Presumably he’d be okay with it if they gave him a role.

• Physorg claims that Kubrick’s science fiction is today’s reality. Not until I can board a Pan Am space plane, it isn’t.

• Show Me Scifi claims this “leaked” pic is the new Enterprise but I’m skeptical.