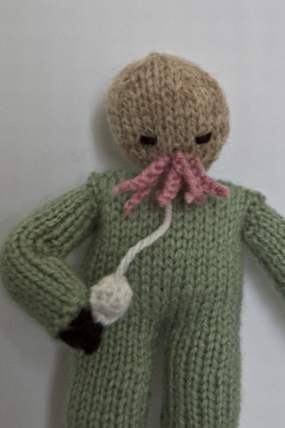 • The Daily Mail has posted a surprisingly sympathetic tribute to William Shatner to help promote his latest autobiography.

• Roger Ebert speculates that scifi fanzines were the progenitors of blogs.

• Speed Racer was simply destroyed this weekend at the box office. It deserved to be. It doesn’t work on any level: As a racing film, the racing is too cartoonish to offer any excitement. As a living cartoon, it’s better, but it just isn’t a very funny or interesting one.

• Conclusive proof that Ronald Moore had no idea who the Final Five Cylons were as recently as the end of last season.

• The BBC shuts down a fan who dared to post Doctor Who inspired knitting patterns. Boo.

• Boy, no one wants to stick around Smallville this season. I don’t blame them: It’s a small town full of country-fried hicks and radioactive bad guys.

• After Frank Miller gets done ruining The Spirit, he’ll turn his sights on Buck Rogers