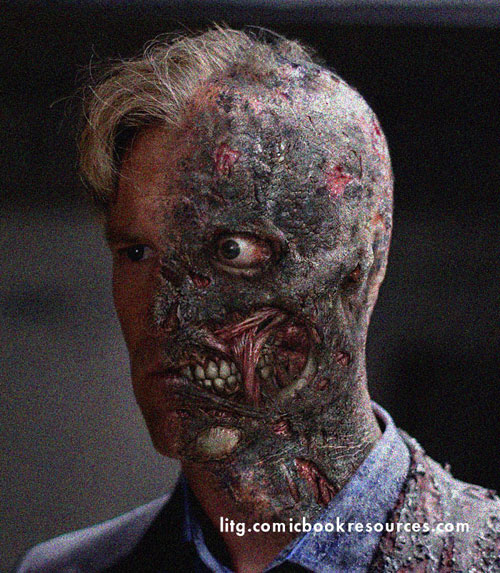 • Ain’t It Cool News has a questionably gruesome image of Harvey Dent as Two-Face in the upcoming The Dark Knight which gets veracity from Warner Bros’ rapid-fire cease-and-desists over the image. The mouth’s a bit much, but I like it.

• The Polish X-Files 2 poster is quite something.

• The SciFi Channel has acquired the rights to Star Trek: The Next Generation. It hasn’t aged well, but it’s still my favorite Star Trek.

• io9 offers up an exhaustive plot summary of Indiana Jones and the Kingdom of the Crystal Skull.

• The Cloverfield 2 viral marketing commences with the first photos!

• Speed Racer looks like it might play second fiddle to Iron Man when it opens this weekend.

• Beliefnet looks at The Souls of Cylons and speculates on what in sam hell Ronald D. Moore is doing with Battlestar Galactica these days.