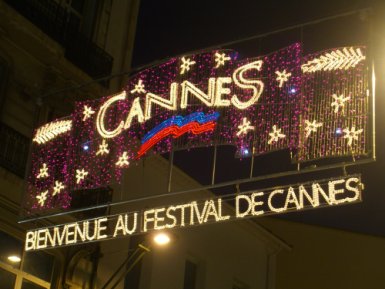 The very first Cannes Film Festival opened on September 1, 1939 as an alternative to the then-facist Venice festival (and on that very same day, Nazi Germany invaded Poland). At the same time, however, festival organizers saw the event as a chance to extend the tourist season and bring some glitz to the French Riviera — a two-pronged motivation that has since kept the festival at odds with itself. On a global scale, Cannes is like any other fest: A chance for filmmakers to show off their work and pick up some European kudos. For Hollywood, however, Cannes has almost always been an A-list affair, an Oscar pre-party, a blockbuster showcase rooted in the festival’s tourist mentality. “Cannes is the world stage,” mega-producer Harvey Weinstein told USA Today. “It’s got good acceptance in the United States, but not the mass acceptance that it has in Europe, Asia, the Middle East. People from everywhere come to the Cannes Film Festival.”

Gilles Jacob, President of the festival who is celebrating his 30th year there, says Hollwyood’s approach to Cannes has always been hot and cold. “In the case of world premieres,” he told Variety, “the studios were afraid of the influence of the European press on the American press,” and would sometimes stay away. Indeed, Cannes did play a role in driving early skepticism for last year’s The Da Vinci Code. But the event has also played host to the premieres of such classics as Apocalypse Now and Pulp Fiction, and this year is no exception: As part of the 57 full-length films from 31 different countries, Cannes will see the premieres of Steven Spielberg’s and George Lucas’ latest Indiana Jones movie, Woody Allen’s rom-com Vicky Cristina Barcelona, Dreamworks’ CGI comedy Kung Fu Panda (starring Jack Black), and Clint Eastwood’s Changeling, starring Angelina Jolie.

But, as General Delegate Thierry Fremaux told the Agence France-Presse, “A film is a film. There is no such thing as a hyper-movie and a lesser-movie. Events and glamour are as much a part of the history of the Cannes film festival as are auteur films.” Not only do the films cohabit, says Fremaux, they “protect each other.” Fremaux was careful to note some of his favorite projects this year in fact hail from areas like Latin America, Singapore and the Philippines.

Perhaps the most reluctant participants from the United States are not the filmmakers or the studios, but the stars. Lili Taylor once said that “Cannes is a very strange place. I tried to show up as best I could and to try not to be cynical.” Referring to the onslaught of oddly-worded foreign language interviews, Harrison Ford this year told USA Today that the festival is “really an exercise in reaching the international press…I’ve been to Cannes three or four times, but I’ve never been in the marketplace aspect of it, where you go there to sell something. It’s bizarre.” And then there’s singer Christina Aguilera, who once famously asked, “So where’s the Cannes Film Festival being held this year?”