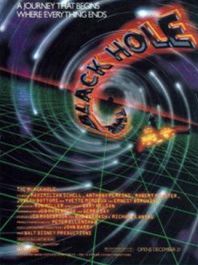 Aw, The Black Hole . Who doesn’t remember blissful Sunday afternoons watching the Disney classic on TV? Yes, the effects are a little dated. But Slim Pickens voiced one of the robots! Completely harmless fun, right? Sure, except that a real black hole could destroy us all. At least that’s the claim made by Walter Wagner, a concerned citizen who made headlines recently for filing a lawsuit against scientists working on a giant atom smashing device. According to Wagner, who is not actually a scientist himself, the Large Hadron Collider (or LHC) could create a black hole that may engulf the entire planet. Crazy, right? Tell that to Ernie Borgnine.

The team behind the LHC has worked diligently for years on the
Franco-Swiss border, and hope the machine will form new short-lived
particles that could shed light on the origins of the universe.
However, according to the lawsuit filed by Wagner, which he posted online along with his other findings, “[T]he compression of the two atoms colliding
together at nearly light speed will cause an irreversible implosion,
forming a miniature version of a giant black hole.” It all sounds like something out of a B sci-fi movie: An evil team of scientists bent on destroying the planet; a lone crusader who will save us all.

Except
that Wagner, and his partner Luis Sancho, are already being discredited
by scientific experts and representatives at CERN where the LHC is
being developed. (Wagner has studied psychics but is not actually a
physicist, while Sancho is a “self-professed time theory researcher.”)
In fact, Wagner also tried to halt production on a similar device, the
Relativistic Heavy Ion Collider, in 1999. Nearly 10 years later, the
machine is working and the universe has yet to be engulfed.

But
does a real black hole actually present a danger? Will a team of
intrepid scientists, no doubt led by Mr. Wagner, have to fly a
spaceship into its center in order to save the universe? Only time will
tell if the LHC, which creates harmless mini-black holes, will bring
about the end of the world. And if it does, hopefully, just like in The Black Hole, it’ll all end in a cool robot fight.