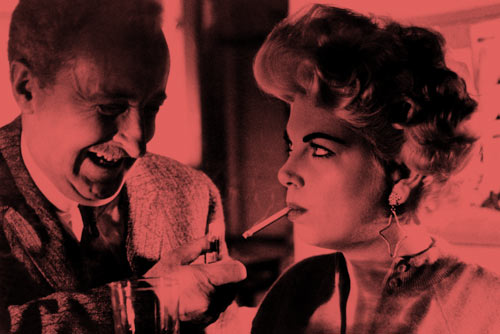 Hollywood used to be a “clubby town,” where agreements were done with a handshake and a sense the parties could trust each other, according to Shootout co-host Peter Bart (notwithstanding Samuel Goldwyn’s famous comment, “A handshake deal isn’t worth the paper it’s printed on”). “Sometimes people would get cheated,” says Bart. “But things would get done.”

These days, Hollywood is the setting for the trial of private investigator Anthony Pellicano, who is charged with racketeering and illegal wiretapping of prominent Hollywood figures. The case is a signal, says Bart, “that many of the power players will stop at nothing to get their deal done.”

“A lot of important people did hire [Pellicano] because they wanted the dirt on people,” Bart says. “That’s a pretty hideous thing; that you want the dirt on someone so bad that you hire a criminal to do it. No great careers will be destroyed because of the Pellicano trial…but on the other hand it’s a vivid reminder that the ethics of the town have become frayed.”

The trial may be just the most flamboyant example of questionable business ethics in Hollywood. On a more pedestrian scale, says Bart, “I notice more and more instances of actors backing away from deals at the last minute, of networks and studios canceling writers deals without any explanation. Things are getting…tattered at the seams.”

Shootout co-host Peter Guber agrees some members of the Hollywood community are ethically challenged, but he believes something else is behind the change in business culture.

“The reality,” he says “is that the same greed, avarice, ambition, anger, drama that existed 10…30 years ago — exists today. What has happened is the rate of change has changed. We have cataclysmic
changes happening in the network business, the Internet business, and in the movie business and that creates f-e-a-r — fear. And when you have fear people act funky. When you see the strikes that went on, when you see environmental considerations coming to the forefront, political considerations, the war in Iraq, the economy sinking… all of those things create an enormous amount of uncertainty and in that uncertainty people’s behavior unravels.”

Guber believes Hollywood is no worse than anywhere else. Bad behavior is just more visible there. “In the meat business and fashion business and finance business there are just as many rogues and culprits,” he says.

Guber believes that the rise in alternative media like video games, cell phones and other digital entertainment means that movies are becoming a smaller and smaller part of the overall
entertainment business. And giant entertainment companies like Disney are, as a result, putting more attention elsewhere and making fewer and fewer pictures — in Disney’s case, down to the single digits
in a year. “That means,” he says, “the opportunity is going and that creates f-e-a-r…and people act in the damndest way when their survival is threatened.”

One thing both Bart and Guber agree upon is that the old Hollywood “clubby” way of doing business has been replaced by a drawn out corporate approach that is feeding the ethics problem.

“When we started in this business,” says Bart, “two or three people would get together and they’d all kind of agree and shake hands. Today the deal-making machine is so diffuse you have to go through levels of agents and then attorneys… It may be years before a deal is consummated and along the way directors pull out, actors pull out, too many good things become unraveled because the talent is corporate rather than clubby. Hollywood as a club has simply disintegrated… I think it’s showing in that so many of the movies that finally get made have lost so much of their energy along the way.”

Guber adds, “Overlaid on that is the general malaise and uncertainty in this country–about how America is viewed, how our cultural product is viewed, how our dollar is viewed overseas…all of that plays a part in
this kind of…angst that makes people insecure and risk averse.”

Are Hollywood ethics in decline? Comments open below.