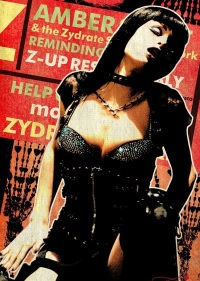 It’s still too early to be able to tell much about Repo! The Genetic Opera except that the folks behind it clearly had a blast making it. This is especially clear from the film’s new website, which strives to pack in as many sights and sounds as possible (adjust your volume before you click) from the cult-classic in the making.

I get pretty tired of visiting film sites that exist just to prop up the same tired trailer everyone’s already seen, so it’s exciting to explore something that some actual work went into. You’ll find message boards,  artwork and background info on both the film and theatrical versions of Repo! on the site. Their music page is still under construction, but you’ll get quite an earful just by navigating the site (did I mention that you should turn your volume down?). The Repo! publicity team had better watch out — their campaign has been so effective that people are actually starting to have high hopes for their humble film — might as well call it “The Little Organ-Harvesting Musical That Could.”