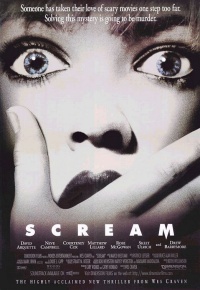 What was once hyperbole is now true. Some people can be scared to death. Ten-year-old Jennifer Lloyd suffers from Polyglandular Addison’s Disease which leaves her body unable to produce adrenaline. Discover Magazine explains why this is a problem: “Without adrenaline (also called epinephrine), the hormone that readies the body for “fight or flight” by increasing the flow of oxygen and glucose to the brain and muscles, Lloyd can go into shock and suffer organ failure from something as minor as a scare from a TV program.”

She’s currently able to watch things like Harry Potter films with supervision and by sometimes leaving the room. Imagine a lifetime lived by averting your eyes? Perhaps, she’ll be able to handle Twilight when it comes out in December. The film’s publicist, Peter Silbermann, told ClackamasReview that it will be rated no higher than PG-13, as it has no profanity or gore.

If you’re thinking this is what’s causing the low attendance at
horror films this year, think again.The disease is extremely rare
(she’s one of six people who have been diagnosed with this rare form in
the U.K.), so recent horror films have only themselves to blame.

As you debate whether or not to see Prom Night, keep
this in mind, worse case scenario, at least you don’t have to leave the
theater saying, “I can’t believe I let my organs shut down for that
piece of crap.”

Pick your poison. If you knew the next horror movie would be your last what would you choose to watch?