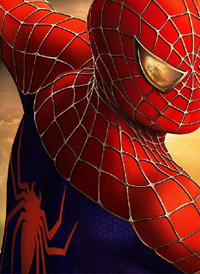 McSweeney’s is currently in the middle of celebrating the release of Michael Chabon’s newest book, Maps & Legends. To properly show off the Pulitzer Prize-winner’s writing, they’ve been posting excerpts and additional material by Chabon, including his proposed screenplay for Spider-Man 2.

For those of you not familiar with the history, soon after Spider-Man premiered to record box office numbers, a sequel was set, and Chabon was announced as the writer of the screenplay. By the time the film hit theaters, Chabon was only one of four writers credited on the screenplay, and his specific contribution (if any) was unclear.

Having spent the weekend with the script, I can say his contribution was actually pretty huge. At the very least, the draft posted on McSweeney’s features a number of scenes that made it into the sequel, as well as a few major differences in character arcs, and focus.

Suffice to say that the draft isn’t better or worse than the actual film, it’s just a different take on essentially the same story. Some key points:

• The differences start to manifest themselves in little ways after the
first 30 pages… Peter is still living with an increasingly paranoid
Harry, and doesn’t move out to his own place until halfway through the
script. When he does, it’s a house in Brighton Beach, and we’re missing
my favorite character, Ursula. You know, the clumsy blonde who lives
across the hall and offers Peter chocolate cake. No? Don’t remember? Oh
well.

• One of the bigger changes I wish they’d kept is that Mary
Jane is actually a pretty bad actress. She is on Broadway, but as the
understudy to the lead role in a musical version of Bride of Frankenstein.
When the lead gets sick, she nabs the role, but everybody from the
audience, to NY1 vocally hates her. This emphasizes how love-struck
Peter is when he tells her she’s great in the show, as does…

•
Doc Ock, who has the biggest changes in this script. He’s younger,
about the same age as Peter and Mary Jane. In fact, he’s dating
Mary Jane. He doesn’t meet Peter before his experiment, in which he’s developing his Doc Ock arms. No ball of energy thing, just
the arms.

• Doc Ock is also working on a power inhibitor chip specifically
keyed to Spider-Man’s DNA. Ock is obsessed with Spider-Man,
and worked on the super-spiders that Octavius knows created Spidey. Peter
finds out about the chip, and injects himself with it so
that he can give up being Spider-Man, and be with Mary Jane. That means
there’s no spider-impotency metaphor running through the movie. More of
a vasectomy metaphor, perhaps?

• The end of the script is also
pretty much the same, with the exclusion of the big ball of out of
control energy. Instead, Doc Ock is trying to rip out Spider-Man’s
spine to study his DNA, and save his own life — the arms are slowly
killing Octavius. Of course, he doesn’t manage to kill Parker, but he
does shave his head… probably the weirdest thing in the
entire script.

So what did Chabon create? The genesis of the impotency storyline;
Doc Ock’s obsession with his arms, and their faint, female screeches as
they “talk” to him; the last scene with Harry smashing the mirror and
finding his father’s stash of Goblin Goodies. Most importantly, the
famous train fight is all there, with the exception that Chabon
actually makes them rush towards a bend in the elevated tracks, not
some random terminus at the East River.

Again, with no value judgments added, there’s a very clear sense of
Chabon in the final product. It’s certainly interesting to think about
what his version would have been like on film.