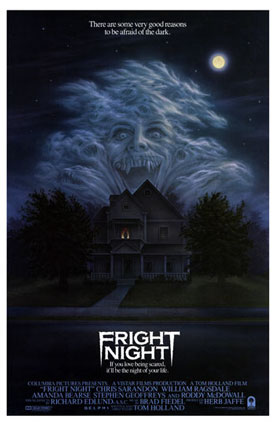 • The bad news? John Carpenter isn’t directing Fear Itself. The good news? Hitchcock-influenced indie director Larry Fessenden is now on board, says Shock Till You Drop.

• Anchor Bay just picked up two indie horror films for direct-to-DVD release. The best looks like Breathing Room in which a woman wakes in room naked to find a strange box and 13 others surrounding her. Hey, at least it’s not more remakes from Anchor Bay.

• The monster still kills! Cloverfield topped the box office in Japan this past weekend, earning $2.6 million from 235 screens, says Variety. That’s a lot of yen for the Land of the Rising Sun.

• Jenna Jameson is a “flesh-eating pole dancer” in Zombie Strippers. Jameson also has a comic book out called Jenna Jameson’s Shadow Hunter on the Virgin Comics imprint in which she discovers her demonic past.

• Swords, blood, guts, police and a techno beat. The stylized trailer for Tokyo Gore Police (on Twitch) has it all. Did we mention the pile of limbs being hit by a squad car?