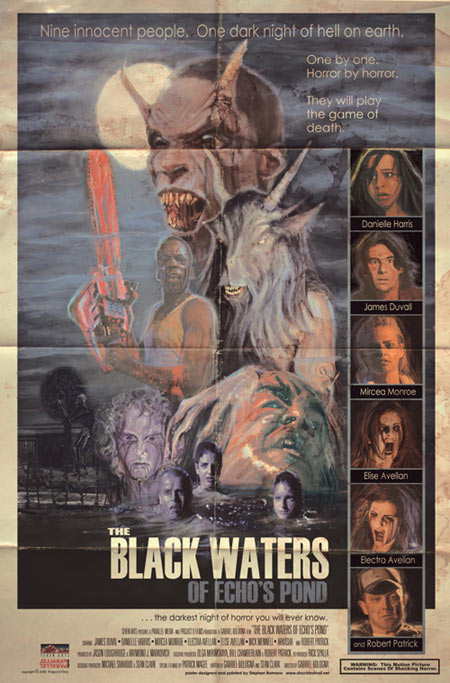 • Max Thierot is going to replace Henry Lee Hopper in Wes Craven’s 25/8, a film “about seven
teens haunted by a killer who supposedly died when they were born.” The Hollywood Reporter says Dennis Hopper’s son has mono. Yawn.

• The X-Files sequel now has a title: The X-Files: I Want to Believe. I want to believe it will be a watchable movie.

• There will be monsters? Milla Jovovich’s new movie, The 4th Kind, sees the model-turned-actress playing a Dana Scully-ish role as she investigates mysterious disappearances in a small Alaskan town.

• Fox Atomic is picking up The Surrogate, a novel about a woman who carries a couple’s baby. But the surrogate’s insane and the lovebirds “face psychological and supernatural forces they never knew existed.”

• The posters for The Black Waters of Echo’s Pond are both scary and cleverly aged.