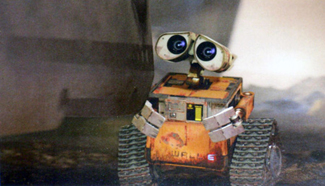 • Natasha Henstridge will star in Impact, which is about a meteor hitting the moon so hard it disrupt’s Earth’s gravity. Can’t wait to see what the Bad Astronomer does with this one.

• Geeks of Doom has some new information about Pixar’s Wall-E.

• When science fiction and kung-fu collide!

•Heroes Revealed is hosting a good deal of information about the coming third season. Mohinder apparently loses his voice. About time.

• Is Gaius Baltar Joseph Smith? If so, he needs some magic glasses, stat.

• The original Robocop screenwriter really wants to see the return of the franchise. You and me both, buddy.

• Another scifi comic is optioned: Resurrection, the story of a post-alien invasion Earth.

• A short new TV spot for the new Indiana Jones has been revealed, but is utterly alien-less.