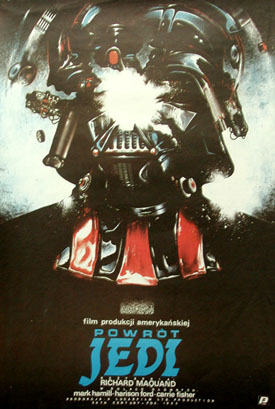 • John DeNardo details his weekend at the Nebulas. Be sure to drop by to read the list of famous sci-fi luminaries with whom John mingled. I’ll never be this ‘in’ with the sci-fi elite.

• Back in my days as a philosophy major, we had an absolutely filthy joke about a Schrödinger Girl… Now there’s a film of the same name, about a woman trying to confirm the existence of parallel universes.

• Will Eli Roth’s next non-torture-porn movie be a giant robot Cloverfield-style movie?

• Guillermo del Toro hates heroic fantasy. So why is he directing The Hobbit?

• The fascinating state of Star Wars collecting in Poland.

• This is what I think is behind Starbuck’s re-appearance on Battlestar Galactica too.

• I’m sure conspiracy theorists have their own ideas about why this happened, but the Roswell UFO Theme Park has been indefinitely delayed.

• Slice of SciFi lists their top seven most embarrassing moments in science fiction.