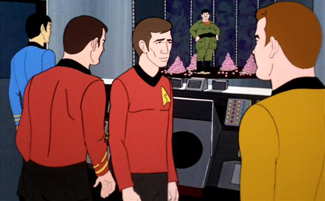 • Wizards of the Coast will be launching a Star Wars: Clone Wars line of role-playing games and miniatures.

• Muppetstar Galactica: I echo John DeNardo echoing Chris Roberson, “Honestly, I think I’d rather watch a whole season of this than the last limping days of BSG…”

• Marvel Comics will be doing an Ender’s Game comic.

• BBC radio is reporting “two men have been assaulted in the street by a man dressed in a Darth Vader costume.“