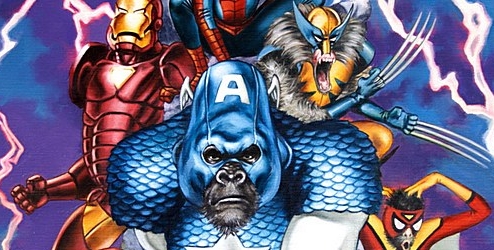 • Grant Morrison talks about a career writing comic books, out of his mind on drugs.

• Hot on the heels of Marvel Zombies comes Marvel Apes.

• According to io9, Wolfgang Petersen is off Ender’s Game.

• Joel Silver says the Wonder Woman movie is back on track.

• Topless Robot lists the The 10 Worst CG Effects in Movies That Could Afford Better.

• I didn’t care when he helmed X-Men 3, but Hollywood, please, please keep Brett Ratner away from a Richard Matheson property