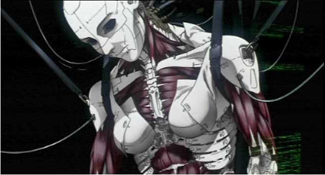 • The CCCP triumphantly lands the first nuclear-powered space shuttle on the surface of the moon, sends adorable postcard to the Americans to announce their universal sovereignty.

• Stephen Spielberg and Dreamworks will be doing a live-action 3D remake of Ghost in the Shell. I’m so glad 3D’s on the surge.

• A smart man, despite the drugs: Owen Wilson turns down The Greatest American Hero.

• Zak Penn seems attached to a new Captain America movie and seems to be making noises about a possible New Mutants spin-off as well.

• No, that’s not an idea, its a twist: M. Night Shyamalan will be adapting the popular animated television series Avatar: The Last Airbender.
They are dropping “Avatar” from the title so as not to confuse with the
James Cameron film of the same name, which is a good idea: I made that
exact mistake all the time.

• io9 lists their greatest time-travel duels of all time.

• The Wildly Popular ‘Iron Man’ Trailer will be adapted into a full-length film… but can they do it?