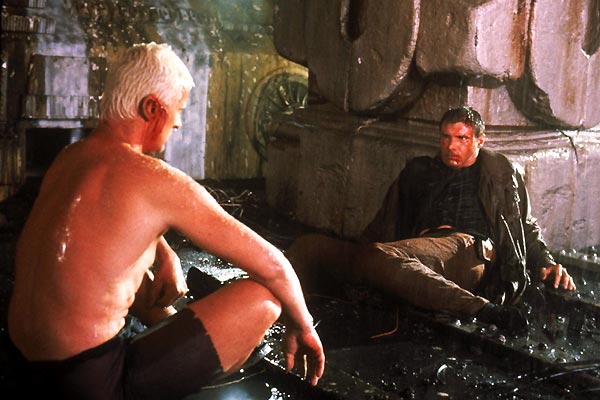 There’s a reason why androids are so prevalent in modern sci-fi films and TV shows: They require zero special effects. Just get an actor who can properly convey a lifeless automaton (like, say Lindsay Lohan. I’ll be here all night, folks…) and you’re all set. Androids are often the most tragic of science fiction characters — they look just like us, but cannot grasp that thing we call “love.” At one time or another you’ve probably been moved by an android’s onscreen “death.” But come on, they’re still robots underneath that lifelike skin! Robots that would subjugate the entire human race if reprogrammed for evil. But it’s their human forms (and metallic innards) that make androids so resonant in modern science-fiction. Or maybe its just that we all secretly long to make out with a robot.

Here are icons of androids:

• Data from Star Trek: The Next Generation. Surely one
of the most expressive (and hilarious) androids of all time, Data has
been responsible for some of the most moving moments in Trek history. And he’s certainly the only android to ever portray Sherlock Holmes.

• Blade Runner ‘s Deckard. Come on people, he’s a replicant already! Does the unicorn mean nothing to you?? The book is called Do Androids Dream of Electric Sheep? Not: Do Humans Dream of Possibly Being an Android? (Runner-up: The ultra-creepy Rutger Hauer-Bot 5000.)

• Number Six from Battlestar.
Despite the obvious physical attributes, Six has proven to be a
complicated and unique character. Plus, her name is a nod to Patrick
McGoohan’s character from The Prisoner. So, you know, her appeal works on multiple levels.

• Marvel Comics’ the Vision. Few androids have weathered as much drama
as poor Vision. Sure, he was a member of the Avengers, but he was also
murdered by his ex-wife the Scarlet Witch. Android Haley Joel Osment
didn’t suffer even half as much in A.I.

• Marvin the Paranoid Android from The Hitchhiker’s Guide to The Galaxy .
While he may appear less human than most androids, Marvin has got us
nailed in the neuroses department. And you gotta love any android who
can inspire a Radiohead song.