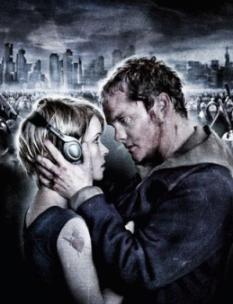 In The Signal, Justin Welborn proved himself to be an actor capable of creating a three-dimensional character out of homespun low-budget horror. For his next role, however, he needn’t bother: Final Destination 4 will already be in 3-D. Icons of Fright has announced he’ll be joining a cast including Bobby Campo and Feast‘s Krista Allen in FD4.

When I last spoke with Welborn the only other name on his dance card was the upcoming zombie prom flick, Dance of the Dead, so it’s good to know his hard work as the apocalyptic love interest in The Signal has gotten some attention. Welborn will enjoy a supporting role (and an inevitable creepy death) as a racist, but he made sure to set the record straight with Icons : “Even though I’m technically playing ‘the racist,’ it’s just a character in a movie! I’m voting for Obama.”