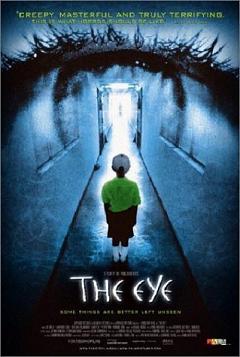 Many folks can’t fathom watching movies on their iPods, especially films that feature beautiful expanses a la Days of Heaven . But horror films — that’s another matter. Closeups of ghosts, demons and zombies work pretty darn well on the tiny screen. So when Lionsgate made a deal with Apple to offer movies via the iTunes web site, says Variety, it made sense.

First up for download is Jessica Alba in The Eye, about a sightless concert violinist who begins to see strange things after an eye transplant. Many more horror films are expected to be released by Lionsgate by the end of the year. Who knows? Maybe you’ll see films like Skinwalkers and Saw on an iPod near you … soon. But what do you think? Would you download a horror film for your personal video player?