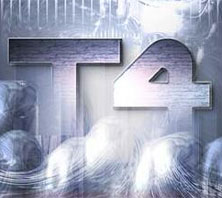 If you’re expecting any sort of logical chronology in the Terminator films, you’re looking in the wrong place. The first two films roughly followed a plausibly causal time-travel model, but the third film and the Sarah Connor Chronicles jettison the idea altogether. The Terminator franchise, at this point, seems to be sliding along at least three or four separate timelines.

In attempt to hand wave the chronology problems away, the creators of the Sarah Connor Chronicles essentially claimed that the television show took place on a timeline where only the first two Terminator movies were canon. The third movie didn’t count.

God. My head spins. Just introduce alternate time lines and be done with it.