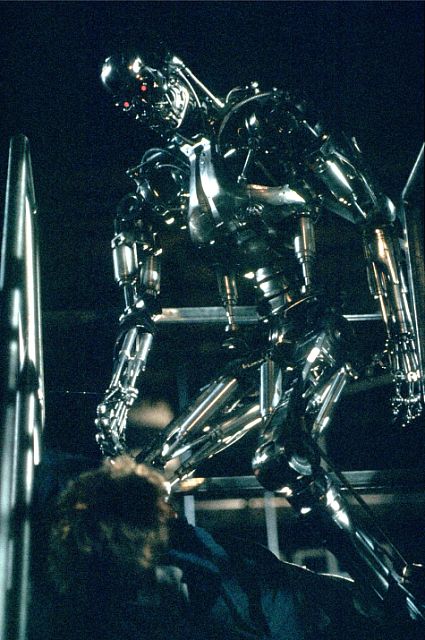 A rose by any other name… would still smell like the nozzle of a fire hose connected to a septic tank shoved up the nostril if that name happened to be Terminator Salvation: The Future Begins.

Let me clarify. When Warner Bros. announced that they would be continuing the Terminator franchise with a new trilogy, I was marginally excited. I liked Terminator 3 okay, and the new trilogy promised to give us what we all wanted to begin with: the post-apocalyptic War of the Machines.

But then they announced the title, Terminator Salvation: The Future Begins. A big rubbery one. How do you come up with a title like that?

Throw a handful of Chinese cue cards against the wall, feed them
into Google Translate, have someone with Tourette’s Syndrome read them
aloud to you, and put the word “Terminator” in front of it. You’ve got
a pretty good idea of the conceptual process behind the fourth Terminator movie’s title.

It was a terrible, terrible title. Thankfully, Warner Bros. seems to
be rethinking the branding buffoonery. They are jettisoning the current
title in favor of something a bit less idiotic… possibly just Terminator 4. Good move, guys!