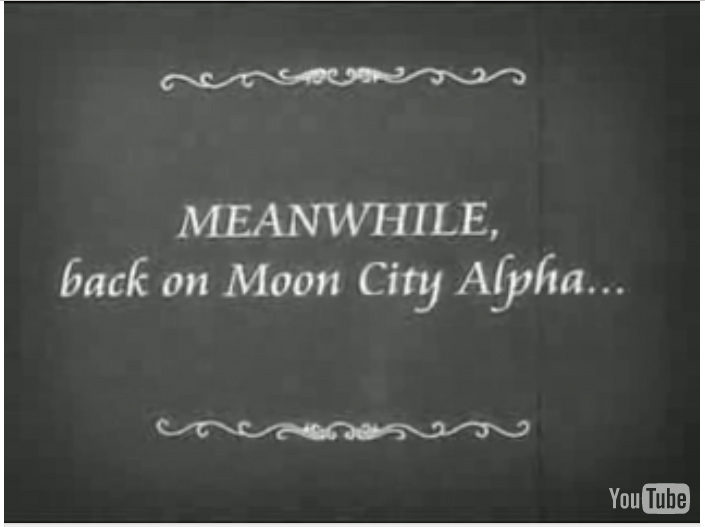 I have to admit, I’m not really up on my Space: 1999 lore. I’ve never really watched it. It sounds like a show stupid enough for me to dig: One day, inexplicably, the moon gets hurtled into outer space, which any amateur astronomer can tell you is a slightly exaggerated danger. The moon’s lunar orbit is not like a tetherball swirled around a pole on a fraying elastic band. I wish, though!

None of my lack of familiarity with Space: 1999 can make me hate this retro, silent film era parody of the show, Space: 1899. As it turns out, when you filter Space: 1999 in black and white and add intertitles and film scratches, the show’s pretty great. “Sensors detect lunar swirlage!” indeed.