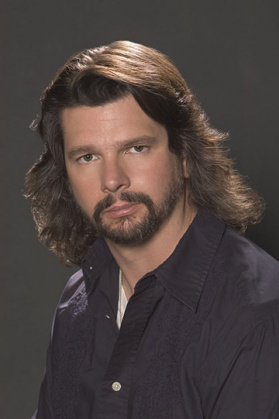 I’ve never quite understood fans’ obsessions with continuity. I mean, I grok it to a certain extent: If events in a fictional universe don’t matter or have long-lasting and logical repercussions, there’s zero emotional investment. This was the problem of DC Comics into the 1980s. But when you pay close attention to continuity, if a franchise goes on long enough, that continuity becomes corrupted by stupid ideas, forcing the inevitable reboot — which would be just as damaging to fans’ emotional investment, if the franchise hadn’t already utterly squandered that investment when they decided to make, oh, say, all stormtroopers Boba Fett or the Borg invade Earth in the 22nd Century.

In other words, rebooting a franchise is what happens when bad ideas have destroyed a once rich and vibrant fictional world. And since Hollywood’s full of bad ideas, it’s no surprise that so many franchises are being rebooted. Now the king of sci-fi reboots, Battlestar Galactica’s Ronald D. Moore, has visited the set of J.J. Abrams’ upcoming Star Trek reboot. Needless to say, he thinks its about time.

“I thought it was a very smart move to sort of clear the decks, wipe
the slate clean and start over,” Moore said. “I just think that Star
Trek had gone on for so long and had developed such a complicated
backstory and so much continuity that it really wasn’t possible for any
one writer or any one group of writers, really, to keep it all straight
anymore.”

All of which is quite true, but I can’t help but feel that a
franchise can be saved even without a reboot by just ignoring all the
stupid ideas and promising to do better in the future. It seems like a
shame to just flush 40 years of Trek lore entirely down the toilet.