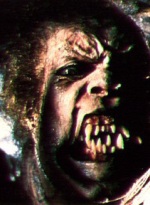 A flop when it hit theaters right on the heels of the cuddly E.T., John Carpenter’s alien opus now has the cult following it deserves (Ebert’s faint praise notwithstanding), making it a welcome sight on AMC’s horror lineup:

“The Thing depends on its special effects, which are among the most elaborate, nauseating, and horrifying sights yet achieved by Hollywood’s new generation of visual magicians.” -Roger Ebert, Chicago Sun-Times

“If it’s the most vividly guesome monster ever to stalk the screen that audiences crave, then The Thing is the thing.” — Variety

“Once in a while, the creators of a horror movie will just nail it. Everything in John Carpenter’s The Thing works: The performances, the music, the monster(s), and especially the direction. This movie will be remembered fondly as one of the most underrated horror movies of the ’80s. It’s certainly one of the most enjoyably gross.” — Scott Weinberg, eFilmCritic 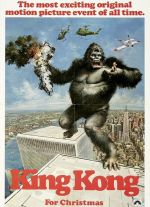 The version of King Kong that came out in 1976 (when Peter Jackson’s voice was still changing) seemed like sacrilege to some, while others considered it the perfect popcorn-throwing homage:

“The ending on the World Trade Center is slightly more tear-jerking than in the original with added colour and splashes of blood as Kong is gunned down.” — Popcorn Pictures

“The performers all ham it up, having great fun with their parts. ‘Serious’ viewers may have difficulty with this style, but, for a movie as fundamentally silly as this one, it works (in fact, it’s probably the only reasonable way to play things).” — James Berardinelli, Reelviews

“The movie’s detractors seemed most upset that this Kong was a comedy. How could a love story between a starlet and a gigantic gorilla not be? ” — Charles Taylor, Salon 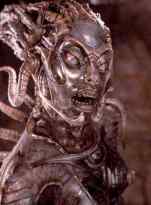 Whether Natasha Henstridge strikes you as merely Alien‘s earthbound step-sister or as a femme-fatale in her own right, you have to admit that Species touched a nerve, and has taken on new life as a grim comment on the 90’s singles scene

“Not since the days of David Lynch has male fear of female ardor and anatomy flowered so poisonously on film.” — Rolling Stone

“Ingeniously combines the schlocky fun of ’50s sci-fi flicks with the shock tactics of Alien and the cautionary allure of Looking for Mr. Goodbar.” — USA Today