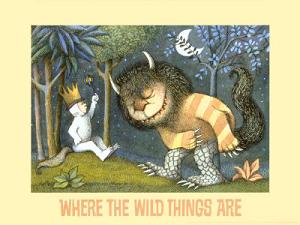 Talk about an impassioned letter. Moriarty, of Ain’t It Cool News fame, has just published an anonymous letter from one of the site’s many spies, this time for Spike Jonze’s 2009 release, Where The Wild Things Are. The oft-brilliant director of Adaptation (one of the greatest films of the decade) and Being John Malkovich looks like he’s about to get his dark, macabre look at Maurice Sendak’s masterpiece completely re-edited.

In an exultation that touches upon the endless talent of star James Gandolfini (among others) the letter’s author implores, “I heard through the grapevine that Spike Jonze’s Where The Wild Things Are
is in danger of being recast, rewritten and reshot. Having seen an
early cut in December, all I can say is that I’m beside myself with
shock and dismay at this news….I can’t imagine how hard it must be to
make such a deeply personal film and have it shredded for the sake of
slapping some cartoon monsters on lunch boxes.” The long missive is a
bit rambling. But in over 1,000 words, it tells you why the darkness
should stay in and the hack jobbers should stay away.