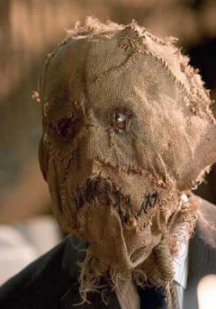 In Batman Begins, the Scarecrow’s hallucinogenic fear-drug is pumped into Gotham’s pipes until panic is downright atmospheric. Of all the forms of terror those who choose to do us harm can pick from, there’s something basely horrifying about tampering with the water. And perhaps for that very reason the nation’s water supply has always been considered a vulnerable point in homeland security, and a veritable Hollywood cash cow. But is it justifiable to fear being unwittingly dosed by our drinking water?

Depending on where you live, you already have been. In a less-than-refreshing turn of events, the AP has released studies showing that the water supplies for over 41 million Americans in most major metropolitan areas are contaminated with trace amounts of “pain killers, anti-seizure drugs, angina and cholesterol medications, mood-altering drugs, and other pharmaceuticals”. Though the American Water Works Association claims it’s a non-issue (“Research throughout the world has not demonstrated an impact on human health from pharmaceuticals in drinking water at the trace levels at which they have been found”), nobody knows for certain what the effects might be, or whether certain individuals may be more sensitive to the pollution than others.

Considering how many drugs Americans consume, it shouldn’t be surprising that they end up being flushed back out into our natural environments. But I was a lot more comfortable when it was cinnamon and vanilla seasonally choking our rivers instead of Paxil and OxyContin. With so many Americans suddenly alarmed about what’s flowing out of their taps, it looks like America may have a real-life Scarecrow of its own.