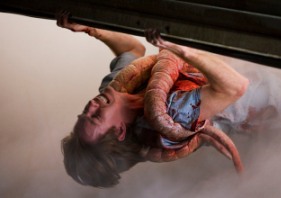 An old-school creature feature at heart, Stephen King’s The Mist was a hit at the box office. It also caught critics off-guard and held them in thrall — no matter how ugly or derivative they found the film, they couldn’t seem to look away:

“The attacks of the sundry creatures are shot and edited with blistering intensity; they have a fury that’s biblical.” — David Edelstein, New York Magazine

“By catching his protagonists between equally oppressive horrors, Darabont successfully finds the squelchy heart of King’s story, and keeps it pumping until the ugly end.” — Tasha Robinson, The AV Club

“The Mist is itself a supermarket of B-movie essentials, handsomely stocked with bad science, stupid behavior, chewable lines of dialogue, religious fruitcakes, and a fine display of monsters.” — Anthony Lane, The New Yorker 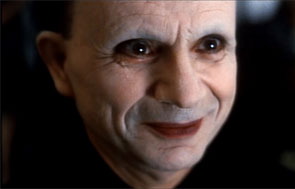 David Lynch’s moody noir-horror meditation finally gets the treatment it deserves — sort of. (At least you can watch it on widescreen now.) No one knew quite what to do with Lost Highway when it first came out; even the critics left fumbling in the dark trying to shed light on a movie that scared (or bored) them out of their wits:

“In Lost Highway, despite all its dank hopelessness,
Lynch’s romanticism creeps through like a thick purple vine — one that
bleeds.” — Stephanie Zacharek, Salon

“Depending on your tolerance or passion for over-the-top style,
opaque story lines, dark and heavy imagery, and ominous, relentless
ambient sound, this may be mother’s milk to you.” — Jim Shelby, Palo Alto Online

“As far as I can tell, Lost Highway is a highly atmospheric
horror/thriller that involves spontaneous, uncontrolled time travel,
body snatching, and ghostly apparitions. Mostly, it’s about the
malleability of identity, and, as such, takes a few cues from
Hitchcock’s Vertigo.” — James Berardinelli, ReelViews 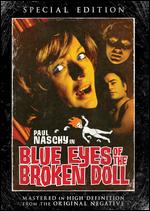 What’s in a name? Reviewers received mixed messages from 1973’s The Blue Eyes of the Broken Doll and its star, Paul Naschy:

“A mysterious title like Blue Eyes of the Broken Doll
at first gives one the impression that this could be a slick, classy
Italian giallo, compensating for a nonsensical plot with lots of style
— chilling and atmospheric, with lots of great camerawork, and even
better music. But it’s not.” –Wayne Southworth, The Spinning Image

“Sometimes its okay to judge a book by its cover and a film by its
title. This blood-soaked cheapo Spanish horror film is a good example.”
— Sandra Brennan, All Movie Guide

“He
reminds me of a hirsuite Jim Belushi (not a good thing) and I didn’t
think his acting or writing (he scripted) abilities were anything
special.” –Jenny Stumps, Enema Cinema