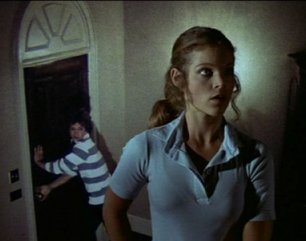 This week’s horror offerings on AMC: The Fury and Gothika . Brian DePalma took the telekinetic head of steam he built up with Carrie and ran with it, polarizing audiences and critics alike with The Fury. Any movie so unanimously bewildering must be worth a second look– or a first look if, like me, you were just an embryo when it was first shown:

“Brian De Palma’s The Fury is stylish entertainment, fast-paced, and acted with great energy. I’m not quite sure it makes a lot of sense, but that’s the sort of criticism you only make after it’s over.” — Roger Ebert, Sun Times

“One long shriek from De Palma’s directorial fingernails traveling across the blackboard of your mind.” –Dave Kehr, Chicago Reader

“Ultimately, The Fury is a film about pre-pubescence by a director whose work had finally reached the level of confidence reflecting a post-pubescent talent. The best of both worlds, baby, and barely legal.” — Eric Henderson, Slant Magazine 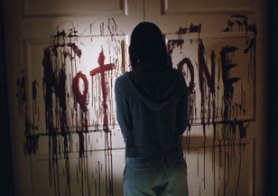 Think too hard and you might miss the point of a good popcorn movie. Most dismissed Halle Berry’s grim Gothika as a bad dream, but some critics found the scares alone to be worth the price of admission:

“The jumpy twists are terrifying enough; the loony asylum is a
Gothic masterpiece; but the continuity is sloppy. That said, I had to
close my eyes for several fiendish fright scenes.” — Times Online